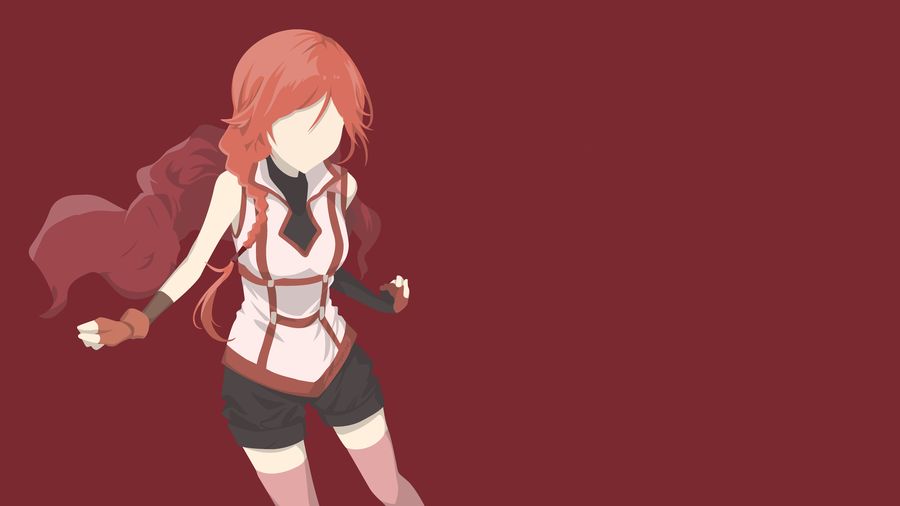 Grimgar, this is way underrated. Its one of the best fantasy anime since it takes a more realistic version of how it would be to awake in a fantasy world and has some really realistic fighting.

The characters are (mostly ) earnest & endearing. And the art is gorgeous. And you will quickly see that character development is what the show is about though with how everyone deals with living in this brutal world.

Grimgar also has some of the best music and art I've seen in an anime as well. The whole show looks like a watercolor painting.

Of course it has some slight flaws with pacing and a bit of fan service but apart from that its just pretty much perfect in my eyes.

It's a quirky slice of life comedy about the people who frequent Seaside, a maid café that's really a coffee shop. The shop is owned by a grouchy old woman and the local girls who work goof-around there as part timers.

Made by the team behind Madoka and Bakemonogatari, it was one of the 5 or 6 shows SHAFT did in 2010, and got overshadowed by all the big Fall 2010 shows. It even competed against another oddball-comedy show from the same studio that fall, Arakawa Under the Bridge II.

It's got comedy, romance, music, it's got tragedy, and a lovable cast of misfits…no moe moe kyun here.

I would definitely say Katekyo Hitman Reborn could make the list. And you know I am a huge KHR fan so it isn't a surprise that it appears

I know that's not so underrated in that it is , it was kinda popular in its days, but right now it's almost dead so I am including it as one of the underrated nuggets.

I know a lot of people that wanted to watch it, but they all were turned down by the same thing: first 20 episodes.

I agree that some of the first 20 episodes are annoying/boring at times, not each and every episode all the way through mind you, but they are for comedy purposes first since the creator wanted to make a comedy anime, but later on the creator decided that the main character has potential and transformed it into an action one. So, my advice is to watch it, it's one of the best from zero to hero anime and a good comedy. If you can't stand watching the first 20 episodes then watch the first and the 19th epsode so you can basically understand the plot/characters.