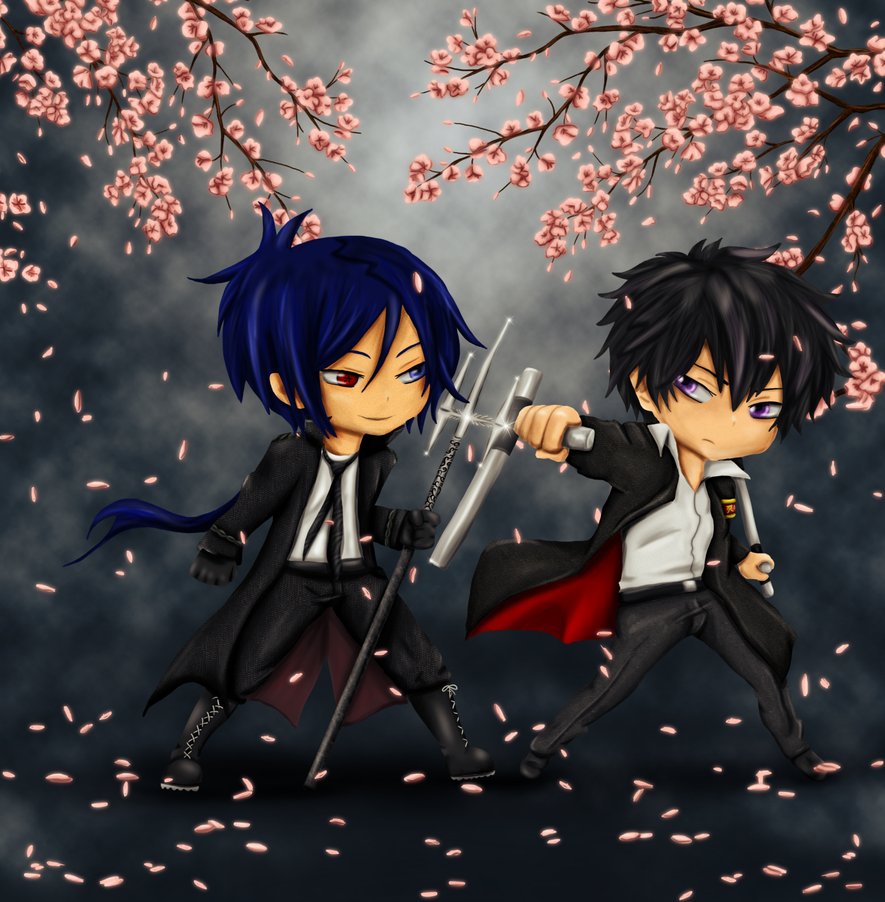 This is a tough one, I'd probably go with Hibari over Mukuro, just because of how adept he is at battle in general. Mukuro and Hibari are both some of the most powerful guardians under Tsuna. And while I picked Hibari there's not much reason as to why I'd say this, I just think he'd win. One is a master of illusions, the other possesses monstrous power. The big question is, who would win? The cloud or the mist? Mukuro's illusions are stronger than strong, but by the end of the series, Hibari can handle stuff like that.

I wish that Amano didn't have Hibari and Mukuro finally fight in the last arc. Not only would that have been great fanservice, I am such a sucker for stuff like that, it would have finally settled this debate.

Today I wanted to lay out the theory.

But before that you need a little bit of an overview. Otherwise it isn't based on stats, but just on biased feelings, something that is all too present in the community.

Kyoya Hibari (雲雀恭弥, Hibari Kyōya) is the leader of the Namimori Middle Disciplinary Committee, prefects who are in fact a group of delinquents that are all loyal to Hibari.

Hibari's tonfas seem to be his main weapon for combat.

Later it is revealed that they hold hidden compartments. The ends of the tonfas can release flails and the sides contain spikes and hooks.

Hibari himself is a violent delinquent who uses his status to harass other students. As shown several times in the series, he prefers to be alone and cares little for his subordinates.

He loves Namimori more than anything, and will often say "I'll bite you to death," or "kamikorosu," to those that disturb Namimori Middle School.

Hibari is very proud of his school and is apparently the only person who even likes their school's anthem, even using it as his ringtone. In the Kokuyo Arc, he adopts the Kokuyo Assassin Birds' bird. The bird (subsequently nicknamed "Hibird" due to its connection to Hibari) becomes attached to Hibari. Hibird can also sing the school's anthem, taught by Hibari, who loves it.

Reborn piqued Hibari's curiosity in the mafia early on in the series and Hibari considers him a worthy opponent, having a strong urge to fight him.

Mukuro Rokudo (六道 骸, Rokudō Mukuro) is the Kokuyo Arc's primary villain who claims that his body has gone through all six paths to Hades possibly due to the experiments he underwent as a child which were carved into his memories, Mukuro is granted six powerful skills. When using these skills, a Japanese kanji numeral from 1-6:

The numeral will correspond to the realm, appearing in his right eye.

Later on, he becomes Tsuna's Mist Guardian. Portrayed as the series' first primary antagonist, Mukuro Rokudo is introduced as a 15-year-old (former) Mafia criminal and the leader of the Kokuyo Gang, which consists of heinous criminals who have recently escaped from an Italian prison.

However, later on in the series, he takes on a more supportive role for the series' main characters, becoming somewhat of an ally rather than an enemy, though he prefers to not consider himself as one of their allies and avoids any involvement with the Mafia due to his past.

In conclusion: Mukuro was the sole opponent that Hibari lost to and that is the very reason I think that Hibari would win.

It's implied in the future arc during Hibari's battle with Genkishi that the reason Hibari is skilled against illusions is solely because of the grudge he's holding against Mukuro. Hibari hates Mukuro with every fiber of his being and has probably thought of a move or two to counter Mukuro, while Mukuro doesn't even see Hibari as worth his time.

This could put the advantage in Hibari's corner and it might even be a deciding factor in this fight.

People (myself included at time) want to give this to Mukuro just because his Vongola Gear is much more powerful than Hibari's. Being able to utilize all six paths of reincarnation at once.

This is an extremely OP ability that I don't think Hibari would be able to counter.

Mukuro also dealt with Dameon Spade in seconds while Hibari lost that fight. On another hand, Hibari has been referred to by Amano many times as the strongest guardian (though it's possible that Chrome is considered the mist guardian by her)